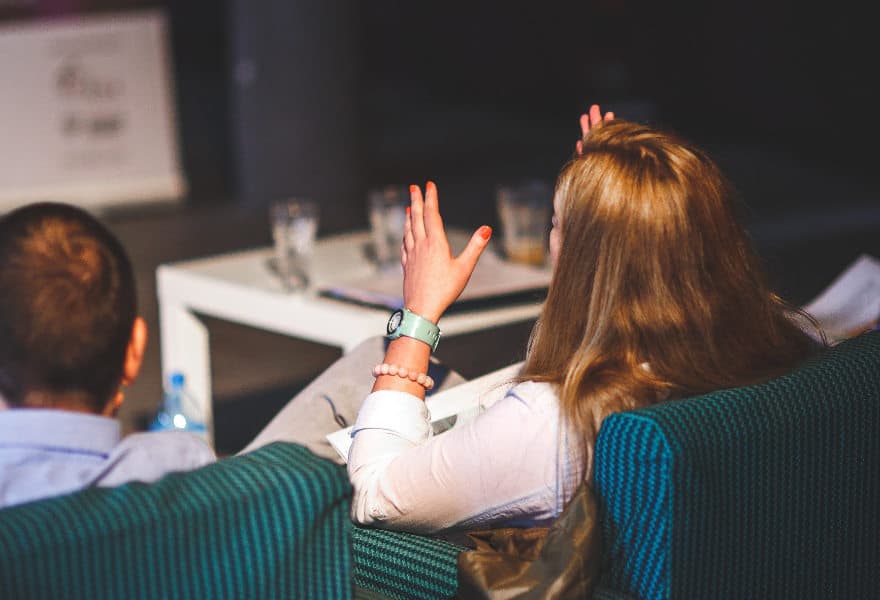 From unknown to CEO, Michelle Joosse is one of Australia’s success stories, but for those who want to follow her example, she believes that the path is clear.

Michelle Joosse is the CEO of leading Australian IT firm Hotline IT. An Australian owned and operated full-service IT management solutions provider, the firm touts itself as being focused on the end user of every business. Hotline IT supply proactive maintenance, to ensure fewer IT issues and speedier IT problem-solving. Michelle recently spoke to Eric Dye of the Enterprise Podcast Network about how she made the successful move from a non-tech background to her senior position among one of the nation’s burgeoning IT success stories.

With an initial full-time job working for a small cast iron foundry, she didn’t think that was going to help with her career at all but seeing that she was one of only two people in the office it helped her gain great exposure to all aspects of the business.

“While I was there, I was completing my accounting degree,” she recalls, “and once I had completed that I stepped into more of an assistant accountant position at (now defunct Japanese electronics company) Sanyo. It was there that I was promoted to accountant after proving myself by streamlining their processes.”

Having completed her CPA qualifications, Michelle met her then-boyfriend—now husband—and wished to work closer to where he lived. “I worked for a company called Jupiter’s Gaming which is now called TabCorp, a major Australian gaming and gambling company,” she says.

“I was a management accountant for the game Keno. I enjoyed that job even though it was quite highly regulated. By now my husband had approached me to come work with him at the IT services firm Hotline IT. He thought my brain for numbers and process-driven approach would be an asset for the business; it would also compliment his skills.

“For the next few years, I worked on improving the process and financial position of the business and got to the point where we thought that Hotline had ‘plateaued’.

“After my husband had been running it for 20 years, he felt that I would be better suited to run the business. Is took me a while to agree, but I finally said yes.

“The inside joke is that I’ve always been the boss—I’m the boss’s boss—now I guess it’s just official!”

With a title next to her name, Michelle became focused on growing the business. It is in this role of CEO that Michelle discovered the struggles that many experience, no matter what the trade. But her experience taught her many things, including how these struggles can be overcome.

“Regardless of what industry you’re in, it can be a bit of a lonely job. Sometimes there are a lot of decisions that need to be made and a lot of weight falling on your shoulders. I guess the challenge is that you need to be able to make those relatively quickly, because you don’t want to stop the organisation from moving along. You also need to make sure those decisions are educated.

“I always make sure I’m addressing everything equally, and regularly make sure I’m not focusing on just one aspect of the business. I think that sometimes when businesses aren’t so successful it’s when they’ve lost focus on one aspect. But no matter what industry you’re in you need to make sure you have good people around you who you can trust and be able to rely on their advice in their skills, particularly in areas in which you are not as strong.”

Michelle believes her positive, focussed mindset is the key factor which helped cement her, and Hotline IT’s success.

“In the beginning, I had my doubts. I didn’t think I’d be able to do the role because I’m not technical. But then when I thought about it, I saw it as being something of an asset.

“My competitors are technical, but the prospective clients we meet with aren’t technical. I feel that I can talk the same language as them; I don’t get bogged down in the technical jargon, I know enough tech to be able to explain it in layman’s terms, but I don’t focus on the tech as much as a lot of people in my industry do.

“My main approach, which I think is different to a lot of people in my industry, is that the conversation is more about focusing on the IT as being an asset and knowing what challenges the clients are having. Rather than just telling them about the features and facts about our service, or the products and the technology itself, it’s more about getting an understanding of what their challenges are, and how the technology can overcome it.”

She believes that there are a number of substantial mistakes made by companies when it comes to approaching IT solutions and it’s her impression that it comes down to their having the right mindset when it comes to investing in IT infrastructure.

“The biggest mistake I see companies make is how they’ll often see IT as a cost; a necessary evil, rather than seeing something that’s an asset for their business and something that’s worth investing in. If you see it as a cost, it results in more of an ad-hoc approach and short-term thinking which will end up costing more in the long term. So, if managers see IT as an asset, they’ll include IT in their strategic planning, which I think is crucial. They’ll have the infrastructure that will support their IT needs now and into the future.”

Having achieved her status and success in a male-dominated field is rare enough, but Michelle believes that other women can do the same if they have enough skills, ambition and self-belief…especially for those women who don’t necessarily come from technological backgrounds.

“You need to ensure you have good, smart people around you, who are good at what they do, and you need to learn from them. I recognise that I’m not as strong in the technical area, but I still have a lot to offer the industry. So, I need to make sure I’ve got really good people who are really strong in the technical area to compliment my own skill set.

“Get yourself a good mentor. That really helped me in this industry. Someone who can really help me when I’m doubting myself or be a great sounding board.

“Don’t be afraid to upskill, and step outside your comfort zone. As someone who came from a primarily finance background, I’ve had to upskill in the technical, but also in marketing, HR and other aspects of the business, so I’ve pushed myself outside my comfort zone, but it’s been a really big reward.

“Finally, don’t listen to that doubting inner voice. I think we all have that, but you need to know that if this is something you’re interested in pursuing, you need to give it a go.”